This post is where I'm hiding while the calendar events I'm supposed to be writing look for me. They were making me batty so I had to have a break from them.

So, yesterday was the craziest day ever. 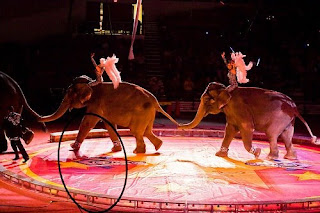 It was recently (read: two days ago) decided that I should be the one arranging and coordinating all the photo shoots for this issue, and those shoots had to happen this week. Now, I am not good with logistics. I mean, logic games are the reason I didn't ace the LSAT. You know, "Joanie can sit by Peter, but she can't sit by Marshall. Marshall can sit by Tina, Belinda or Chris. Chris can't sit by someone in an orange sweater. George is a martian. Louise can only sit in between two girls. Joyce doesn't give a crap where she sits as long as she's in a chair. What order are they sitting in on the church pew?" Given my non-penchant for these things, the arranging of all the photo shoots, which was eerily similar to those games, was zero fun.

So yesterday, I come in and immediately start making calls and directing subjects and photographers places. I also have a [virtual, via email] stack of pieces to edit. I am also supposed to write the calendar and finish writing some short pieces. As I am doing all these things, an "old-time" musician is playing his banjo in the photo studio next door. I decided we should always have live music in the office.

It's getting close to lunch time, we're all slammed with stuff to do, so the boss says "order three pizzas," which I do. Shortly after pizzas are ordered, photographer arrives to set up his equipment. We decide to use the conference room because it's got some cool exposed brick that would be a nice background, and wood floors. So the photographer and I herd all 20 of the rolling chairs into a corner, shove the giant conference table against the wall, and take down all of the newspaper pages that are hung as decoration because they're in the shot.

It is then that I realize that I failed to ask the person in charge of booking the conference room if anyone will be using it for conferences that afternoon. Yikes. My phone rings telling me to come collect my model in the lobby downstairs. I had originally asked her to be on the cover, but for business-y reasons, the boss had to put someone else there, so I was going to have to break this news to her (she was very nice about it.)

I trot down the hall and stop to ask about the conference room, which fortunately, was not booked by anyone else. I escort my model, who is a yoga instructor, to the photographer, then receive a call saying the pizza has arrived, so I go back downstairs and fetch it. My boss and I drag a table into the hall and set the pizzas out on it,prompting the IT director to say "Ken's having a pizza party!"

I begin some more editing, when the photographer finishes with the yoga girl, whom I have to interview. So she and I sit down at my desk and she starts telling me all this stuff about yoga, and as she's educating me on the spiritual benefits of meditation, someone starts playing a saxophone in the photo studio next door. So she and I are semi-listening, semi-interviewing, when the other person who is now on the cover shows up and asks where her photo shoot is. She is a "fitness coach" and very...fit. And well-acquainted with the tanning bed. And the nail salon. And feathered hair. And low necklines. And pink lipgloss. Her arrival was very awkward, as the yoga girl is sitting right there, taking it all in. I show them where to go, apologize profusely to cute yoga girl and get back to the interview.

The boss then comes out to see what's going on, given the amount of noise and craziness due to saxophones, models, ad people, photographers, etc. in the hall. I introduce him to yoga girl, and he tells her a long story about how one of his best friends is in the royal family of Hawaii, and if the royals hadn't abdicated, he'd be King, so they call him King. The King used to hang glide with boss, but now does yoga instead, which the boss is baffled by. Yoga girl was amused by his tale and offered him a free yoga class, which I told him he should accept and write about. Meanwhile the creative director and the editor are walking around looking for each other and eating pizza, and talking to the graphics guys. Then the cartoonist comes up to pick up his check while I'm trying to finish the interview with yoga girl, who says "Wow! This is what I always imagined a newsroom to be like!"

I said "I promise this has never happened before." And now I have to go finish the calendar.
Posted by Emily Lilley at 1:37 PM